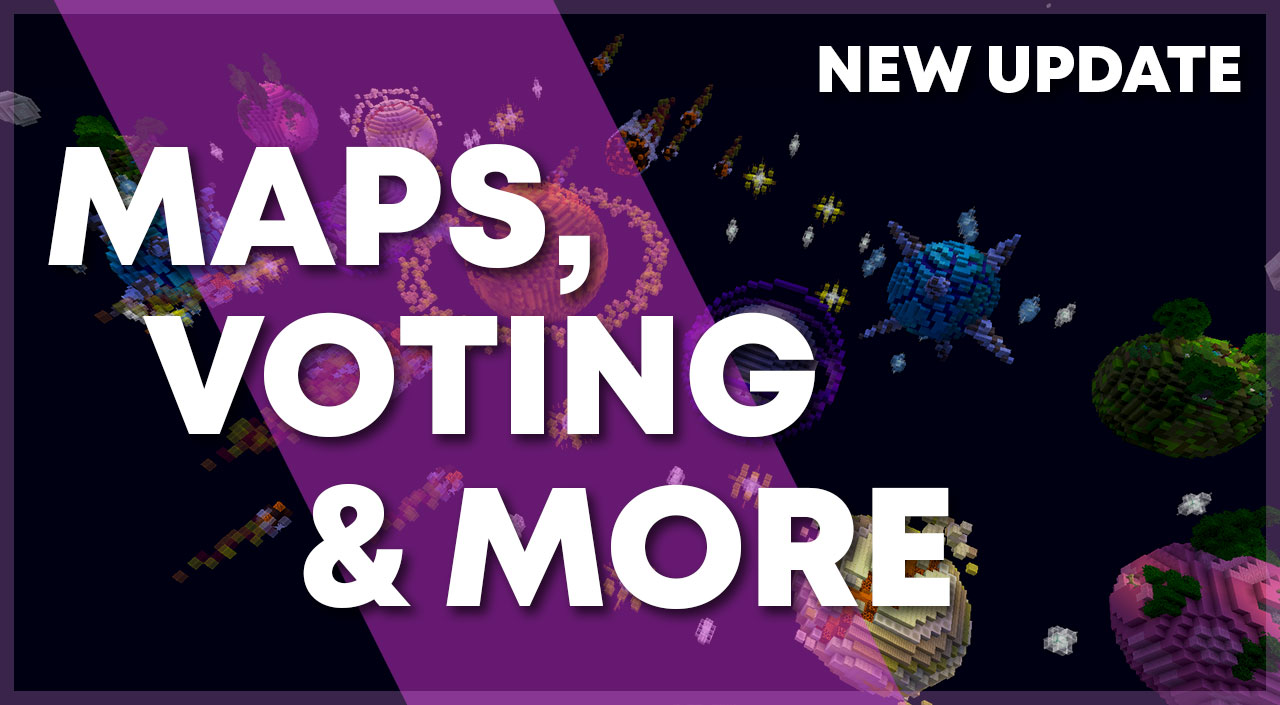 After weeks of playing the games and collecting feedback, we are happy to announce the release of The Beta Update. This update brings mainly bug fixes but also some fresh new content to keep you on your toes.

Check out what's been added below:

Get ready to BLAST OFF!

This year, MythicalMC provided the games for Cubed! 2019 - The In-Game Minecraft Convention. To celebrate, we created 3 new maps themed around Space to match the theme of the event.

Protect The Oracle, Sky Rush and Optic Strike each have a new map that is now available to play!

Fancy winning some cool loot while also supporting the server?

Voting is now available through the arrows from The Redeemer. As a thank you for voting, you will receive a random reward from each vote that could range from a handful of Tokens all the way through to a Dragon Crate!

- Cosmetics can now be worn in Mythical Games!
- Leaderboards are now viewable in Game Lobbies.
- You can now see your own score in Take Flight.
- Added Speed Boost for the Potato Holder in Hot Potato.
- All costumes are now available to receive from Mystery Crates.
- Toned down Fireworks emitted at the end of the game.
- Added branding to Tab.
- Removed Parkour giving Tokens for each run after the first.
- Fixed a bug with anti-cheat stopping block placing and breaking on Sky Rush.
- Fixed a bug with Sky Rush and Protect The Oracle crashing if a game ended in a draw.