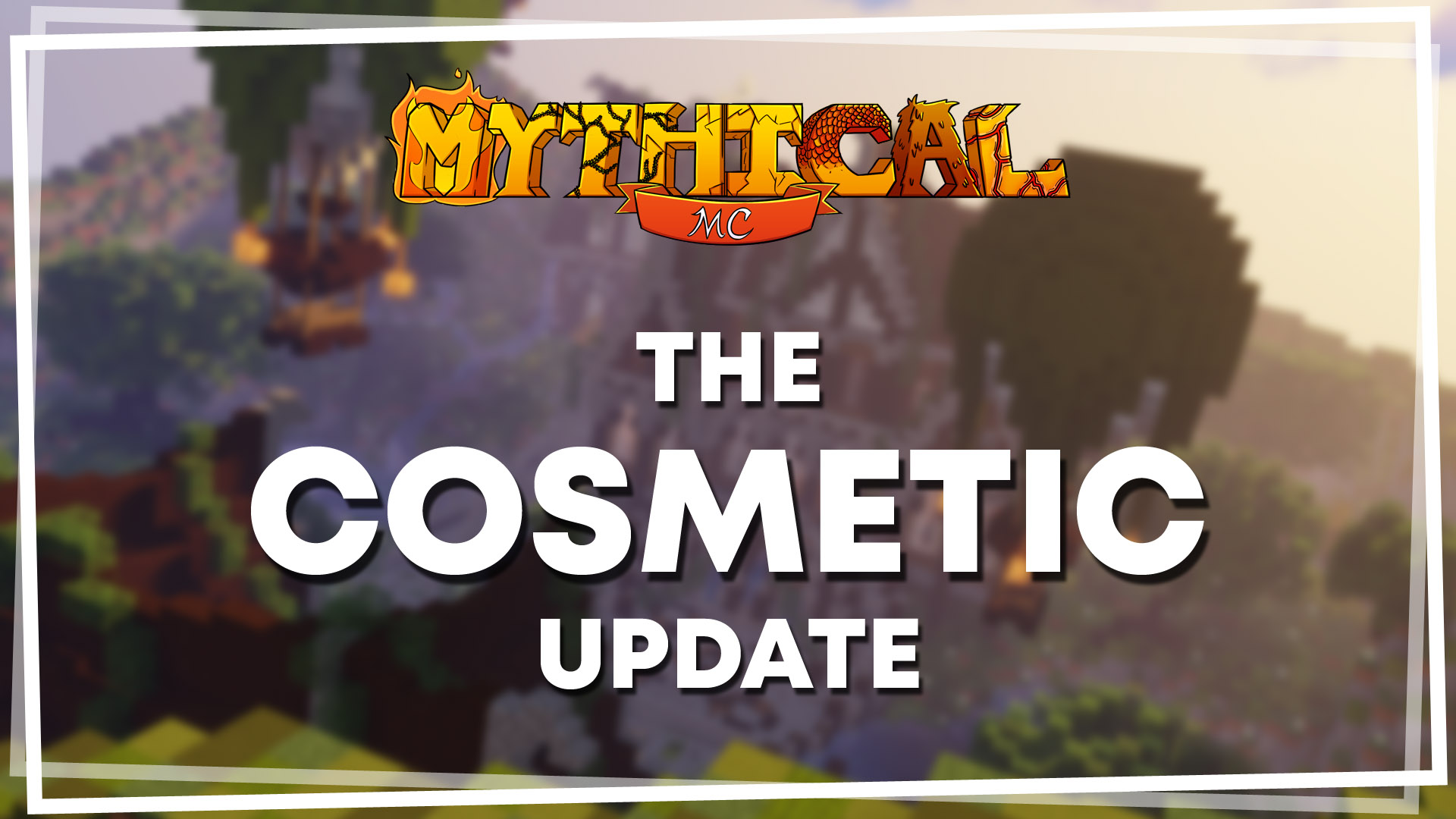 Now that we’re a few weeks into 2020 we have a treat to give you! Lots of shiny new things to look at!

• MASSIVE update to our cosmetics, Including animated hats!
• New maps for ALL Mythical Games.
• Update to the Take Flight game play.

Read more below & check out the sneak peak video!

We have some REALLY exciting new additions to our current cosmetics!

First of all we’ve overhauled the menus to sort each cosmetic type into categories to make things a little easier to find.

A ton of BRAND NEW cosmetics have been added and can now be found in various Crates:

On top of all of those we have finally implemented animated hats in not one, but TWO forms!

Normal animated hats will cycle through the animation while you’re wearing them on your lovely heads. Action-based animated hats will be triggered based on various actions that you do e.g. sprinting, crouching, jumping etc. They range from 1 to 5 actions so have fun with this new way to express yourself on MythicalMC!

All of the above cosmetics can be found in Crates obtained from games, voting, buying with tokens or buying from our store! Check out our store at https://myth.cl/store

Not one, not two but ALL of our Mythical Games have a new map each! TWO for Take Flight!

Forests, Caves, Hobbit holes, A server room?… What will your new favourite be?

A few weeks ago we held a poll in our Discord to see how the community thought we should alter the gameplay to make it a little more fair. We heard you and are happy to bring this update in!

Platforms in take flight will now randomly generate the blocks they are made from so people can’t aim for the same position every game! You’ll have to figure out the sweet spots every time!

Sadly this means that the old Take Flight map has been retired. It wasn’t possible to use it with the new system so wave goodbye and say hello to the TWO new Take Flight maps!

Lots of new pretty things for people to earn and explore! Don’t forget to tag us on twitter @mythicalnetwork showing off your new pictures and videos of the pretty things!